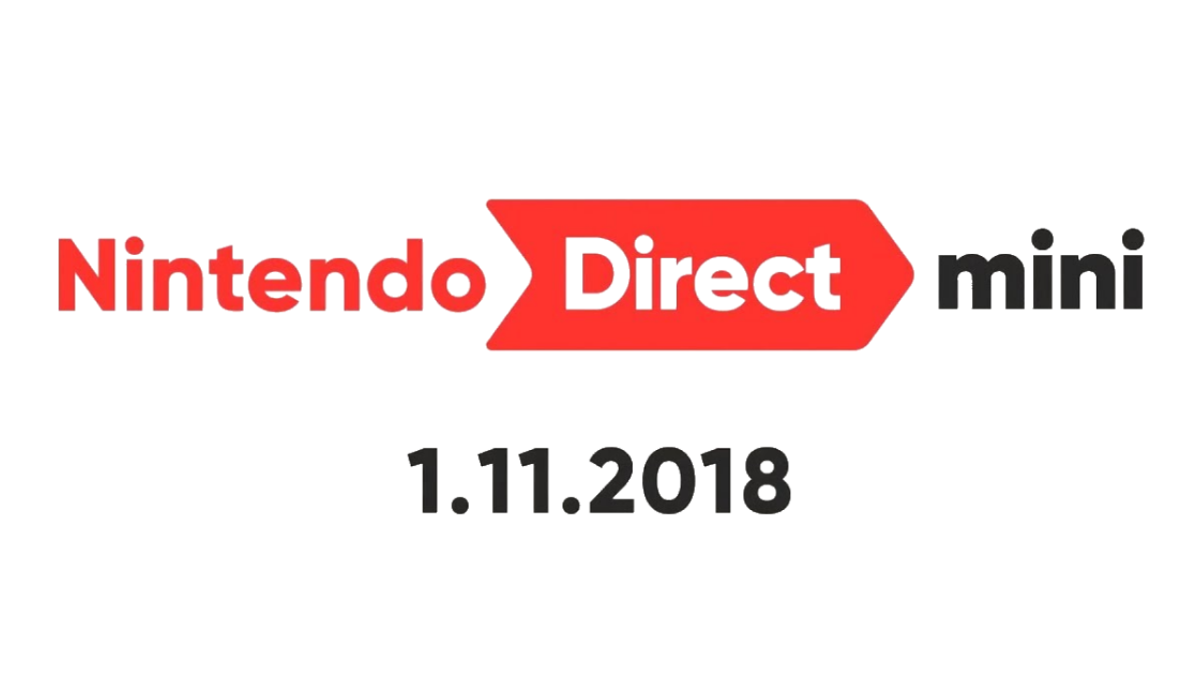 Nintendo dropped a new Direct Mini this morning which is a bit of a misnomer, as there was a load of announcements. In case you missed it, here’s everything Nintendo showed this morning, there are loads of exciting games coming to a Switch near you.

The World Ends with You: Final Remix Announced for Switch

Originally released in 2008 on the Nintendo DS, The World Ends with You is getting ported to the Nintendo Switch. Traditional touch controls are still available as well as new joycon controls. A new “sizeable scenario that gets right at the heart of the story” will also be available. Coming this year to Switch.

Wave 2 contains a new battle Pokémon Blastoise and a new support set featuring Mew and Celebi. New avatar items will also be available in wave 2 when it releases March 23rd. 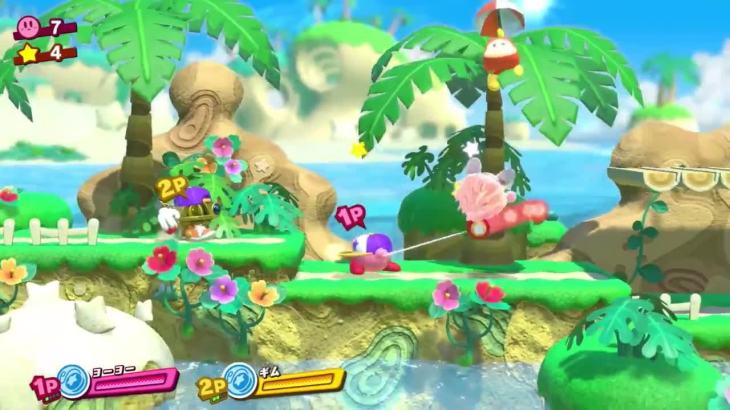 Kirby’s Switch debut is coming March 16th, featuring new abilities like the artist and spider. The game will feature 4 player co-op and introduce a new feature where Kirby can combine abilities with other players in co-op. For example, if a player has the water ability and another has the ice ability they can turn it into a devastating ice projectile. 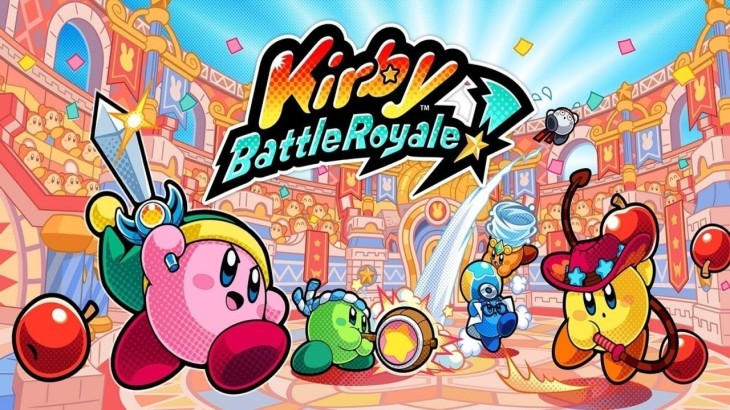 Another 3DS game that will not be playable in 3D, Kirby Battle Royale is not a traditional Kirby sidescrolling platformer. It’s an arena battle between up to 4 other players either LAN or online using classic Kirby abilities like the sword and karate headband with new abilities like the hockey stick. The demo is available on the eShop now and the game releases January 29th for 3DS.

Another port, Dragon Quest Builders originally released 2 years ago this month on Xbox One and PS4. This port doesn’t have any new features but will be releasing on Switch February 9th with the demo available on the eShop now. 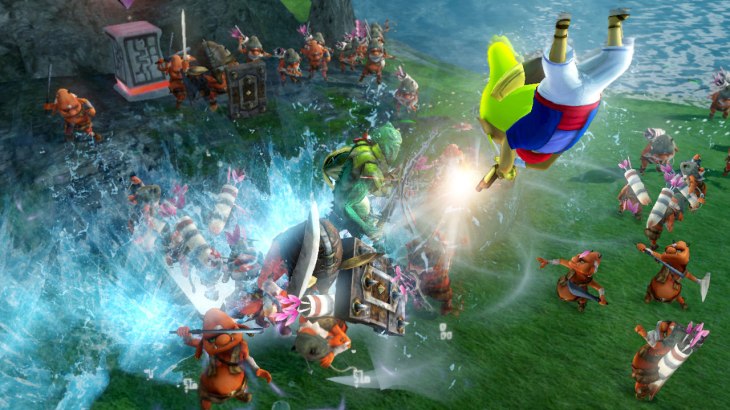 The third port of this beleaguered Wii U title is coming to the Switch with local 2 player co-op, 4 players online. This version will feature all the previously released DLC as well as brand new Breath of the Wild skins. Coming this Spring.

One of the few new game announcements, Mario Tennis Aces is the first Mario Tennis game to feature a story mode since Mario Tennis Power Tour for GBA. The Mario sports series have had their highs and lows, but this title looks absolutely stunning. The forest stage featuring Mario and DK actually shocked me with how good it looked. Coming this Spring. 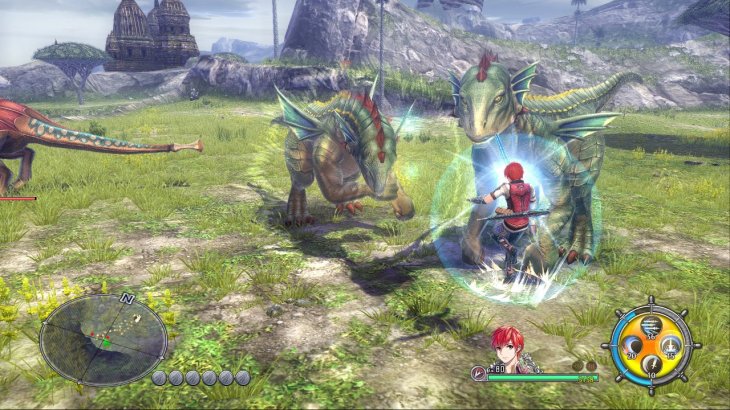 Yet another port, Ys VIII: Lacrimosa of DANA released on PS4 two years ago. “Slash, strike and pierce your way through hordes of monsters” coming to the Switch this Summer.

This update will feature a new online mode available after players beat the main game. Players can hide a balloon anywhere in a kingdom for another player to find, or choose to look for other balloons hidden by other players. Balloon World will be available by talking to Luigi in each kingdom, who was mysteriously absent from the main game… now we know he was collecting balloons for the update. “It’s like a new form of objective-based speedrunning!” says the direct announcer.

The update will also include new outfits and new filters for photo mode. It will be available for free this February.

Essentially a fan service fighter, this game is a 2v2 2D fighting game that features customizable heroines and will have Yuri as a fighter, from the NEOGEO title Art of Fighting 2. Coming this Summer. 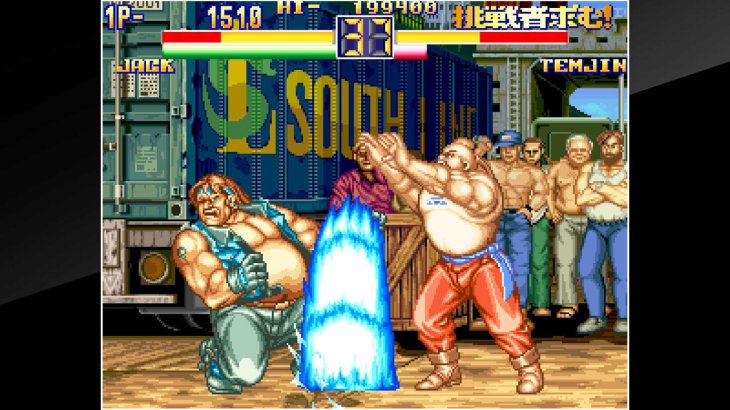 Announced in tandem with SNK Heroines: Tag Team Frenzy, the NEOGEO title is available now on the Switch eShop. DK is coming in a new DLC pack this Spring to the Ubisoft/Nintendo collaboration.

The second game as a part of the EA originals program, Fe is an action-adventure game where players can “Run, climb, and glide your way through a dark Nordic forest to explore its living, breathing world – one filled with secrets, legends, and mystical creatures” (Source). Fe is coming to Switch with joycon motion controls on February 16th.

The most exciting announcement for me personally, Celeste is the next game from Matt Makes Games, the studio behind Towerfall Ascension. This hard as hell platformer started as a game jam prototype which you can still play. The game will feature an assist mode which lowers the difficulty, as well as a challenge mode with the toughest platforming the developers could muster. Celeste releases for Switch, as well as PC, Xbox One and PS4, later this month on January 25th. Yet another port of an underperforming Wii U game, Donkey Kong Tropical Freeze originally released back in 2014. This port will feature Funky Kong whose surfboard makes the game a lot easier, allowing him to hover in the air, not take damage from spikes, infinitely roll and infinitely dash through the water. Tropical Freeze on Switch will have local 2 player co-op and is coming May 4th.

The first time the series is appearing on a Nintendo platform will be this remake of the 2011 classic Dark Souls. Also coming to Xbox One, PS4 and PC this remake launches May 25th.

Looks like it’s mostly ports, with a couple new interesting titles in the form of Mario Tennis Aces and Celeste. What did you think of the direct? What has you hyped or what did you wish got announced but didn’t? I’d love to hear about it in the comments!