Here it is, my favourite week of the year: E3! The Electronic Entertainment Expo, where the world’s video game industry comes together in Los Angeles, California for a week of announcements, previews, teasers, awkward programmers talking to auditoriums full of people, awkward celebrity hosts trying to sound excited about games… it’s a magical time.

As with every year, I like to speculate on what I, in my limited knowledge of the games industry, think is going to happen (as well as somethings I just want to happen). So here are a couple predictions I have for every conference going that’s going to be shown in the coming days, I hope you enjoy! 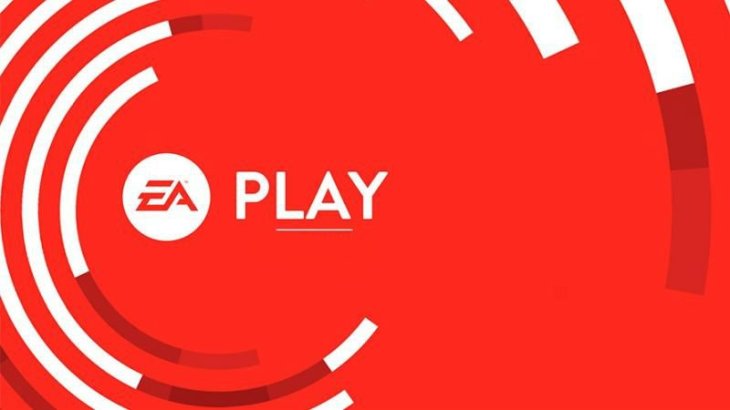 EA is routinely the least interesting conference. Dubbed “EA Play” the show is open to the public and is often a very stiff and rigid showcase of their upcoming games. I remember the year Battlefront 2 was coming out they repeatedly reminded the audience how many minutes away the trailer was in an effort, I’m assuming, to keep online viewers from clicking away.

But none the less, there’s usually a couple interesting things to watch, whether it was Peggle 2‘s incredibly awkward announcement with Mendel’s Messiah playing, or a terrible looking guy in a costume for Plants Vs Zombies: Garden Warfare. This year I’m expecting the regular sports trailers that all look the same to me with maybe a famous athlete onstage, as well as new information about Battlefield V and Bioware’s eagerly anticipated Anthem, a sort of Destiny competitor from the team behind Mass Effect and Dragon Age. But here’s what I think we’ll also see:

I think I blanked out after the 40th time someone said “4K” at Microsoft’s conference last year… we get it, the Xbox One X supports 4K. That said, there’s always a lovely indie presence at this conference I truly appreciate, from Cuphead to Inside there’s always something to blow me away.

Microsoft will bring the big guns though with expected teases of Halo 6 or Gears of War 5 to dominate the show. But here’s what I think we’ll see, and something I want to see:

I was thoroughly underwhelmed by Bethesda’s show last year. It was short and really just a giant Wolfenstein II showcase, but that’s what Bethesda does. Their first E3 conference was just a big Fallout 4 showcase so they’re known for bringing one major game to spend almost a quarter of their time discussing and this year it will absolutely be Fallout 76.

I do think there’s potential for some other interesting Bethesda reveals, however, as their dedication to VR and their willingness to reinvent classic series in recent years have shown us. Here’s what I expect and want from Bethesdad Tod Howard to show me this year:

Obviously, everyone wants Kingdom Hearts 3. But they will also be bringing Shadow of the Tomb Raider and the recently announced Hitman 2. There’s not a whole lot Square brings to interest me, but here’s what I think we’ll get anyone:

Ubisoft is always the happiest show at the conference. From rollerblading giraffes to showcase Just Dance to Shigeru Miyamoto holding a massive cartoon gun in his only non-Nintendo E3 appearance ever? I think? There’s a lot of fun at Ubisoft’s show, and I’m excited to watch whatever they’ve got planned this year.

From the already teased Assassin’s Creed: Odyssey to the inevitable Just Dance and The Division 2, here’s what I expect from their show:

I was thoroughly disappointed by PlayStation’s E3 conference last year. They’ve stated they’re taking a step away from indie games, choosing to show games like Undertale in their pre-show rather than onstage.

That said I am excited for Spider-Man and The Last of Us Part II, and no doubt there will be something announced that I’ll lose my mind over. So here’s what I think we’ll get, and what I want, from PlayStation’s E3 conference:

Nintendo is riding the high. There’s nothing that could stop them after their breakout 2017 year with Super Mario Odyssey and Breath of the Wild, not even Nintendo’s own slow to change incompetence could hold them back.

I want Metroid 4 and Smash 5 release date. That’s it. But here’s what I think we’ll get:

I will be posting more predictions as I think of them, I just wanted to get this out fast because the E3 conference is starting right now!!! Let me know what you think of my predictions in the comments, and give me some of yours!