There’s a whole lot of conversation online about how the DC Extended Universe is in a state of disrepair. Despite Wonder Woman being the most successful movie of 2017, every other DC film has been quite a disappointment. From 2016’s laughable Batman V Superman to the somehow Oscar award-winning Suicide Squad, the falters and fumbles of DC to present a compelling cast of characters sadly continues with Justice League.

Tonally the whole experience never quite worked. Up until this point, the DC films (Suicide Squad aside) have been dark and grim. Brooding Batman and solemn Superman- there just hasn’t been any compelling heart to the characters. It’s clear that the writers tried to inject some soul into these stiff superheroes with Justice League, there were some genuinely funny moments throughout the movie that had me laughing so loud I must’ve annoyed some other theatregoers. And there were other moments which I laughed at I’m not quite sure I was meant to, they were just so ridiculous and over the top. But the main plot of doom and gloom remained, clashing with the new lightheartedness of the characters.

Conflicting tones aside, the film falls flat by assuming I care about so many newly introduced characters- which I don’t. Justice League is trying to cram what should be several movies worth of character development into 2 hours. Cyborg, Aquaman and Flash are all introduced here with no fanfare. Cyborg, for example, has a tragic accident backstory which presumably explains why he’s so mad and gloomy in Justice League. But we never got to see him before or care about who he was and what happened to him. So at the start of Justice League, he’s just an unlikable, shallow character and he stays that way. 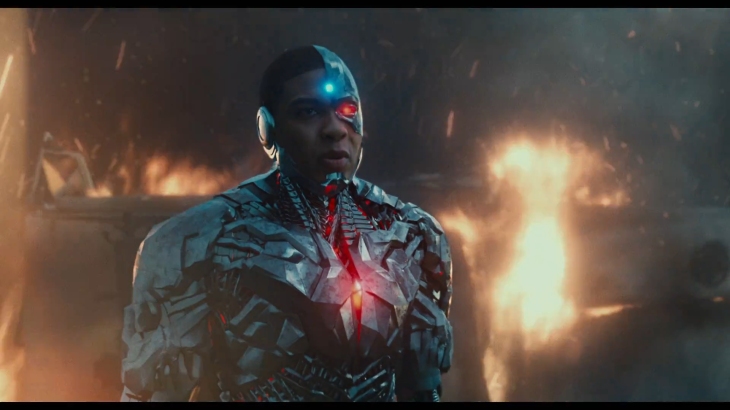 The same is true for both Aquaman and Flash. We’re stepping into the lives of these characters in what feels like where Iron Man and Captain America were in Avengers after both characters had had several hours of development. But neither Aquaman or Flash have been explored or explained on the big screen. They just conveniently exist for Batman to recruit.

A Symbol of Nope

Henry Cavill still nails the role of Superman, but unfortunately, his character is still done a disservice by the writers. There was no doubt in anyone’s mind going into Justice League that Superman wasn’t actually dead. They made it painfully obvious at the end of Batman V Superman when the dirt rose slightly off his coffin. So whatever impact his coming back was supposed to have was completely lost on the audience in Justice League.

Even once he’s back, his “time out” is obviously just setting up his comeback when all seems lost. It’s undoubtedly hard to work with a character who is a god and could defeat anyone with little effort. There was just as little effort put into working Superman into this film in a meaningful way, besides being the plot device that answers “Well how are they going to get out of this one?”

Wonder Why These Women Look Different

Gal Gadot also still rocks as Wonder Woman, but viewers will notice her and the other Amazonians have undergone costume changes since her standalone film. As many critics have pointed out already, Justice League is directed by a man and unfortunately, this man has decided to alter these powerful women’s clothes to be more… revealing. The Amazonians wear “armour” that includes pointy boob chest plates (which actually kills the wearer faster) and uncovered midriffs (which you’d want covered to, you know, protect you in battle). Wonder Woman herself dons a couple modern day outfits with include a v-neck down to her belly button and a couple of the shots might as well show her whole naked bum to the audience.

Here is a fantastic example of the difference between the male and female gaze.
Patty Jenkins' Amazon warriors on the left. Zack Snyder's on the right. pic.twitter.com/fRDkV8dFLe

It’s ultimately disappointing and disheartening that after Patty Jenkins stellar rendition of the characters we see that a lot of her established work is being walked back now that a man is in charge. Of course, there’s nothing wrong with wearing a revealing outfit in real life, but when all the “powerful” women in your film have skimpy, revealing clothes it says a lot about the motivations of the director in using these women as objects of desire for the presumed straight male viewer rather than empowered characters and heroes.

I enjoyed Justice League, as a Batman fanboy and lover of over-the-top action movies, this film delivered both in spades. But I can also objectively look at this rushed mess of conflicting tones and half-assed characters and not recommend it to anybody who isn’t super invested in DC comics or cares at all about a well thought out script and story. With that said, Gadot and Cavill still nail their respective roles and this would be a fun way to kill an evening with some popcorn to stuff in your face.